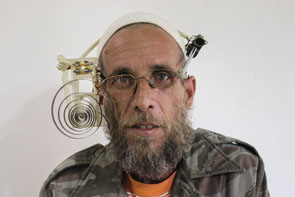 Damian Valdes Dilla (B. 1970 Havana) loved to draw as a child, and as an adolescent he also decorated bus stops, garages, and other public places in his home town of Havana with graffiti. At the age of seventeen, serious mental disorders forced him to leave school. Even with medication, he could no longer lead a normal life. After a failed marriage, he went to live with his mother in a small apartment in the Cuban capital. Around the year 2010 his fascination with cities found expression in wooden sculptures, and somewhat later added structures made of found materials, with tall towers and agressive flying machines. In 2014 he found it was more practical for him to draw cities. He works quickly, with a precise sense of composition. The eclectic and minutely detailed imaginary cities “in his mind” are frequently a stage for armed conflict, but may also form the tranquil scenery of a more peaceful world.